> Media and Blog > Blog > What are Racial Microaggressions?

What are Racial Microaggressions? 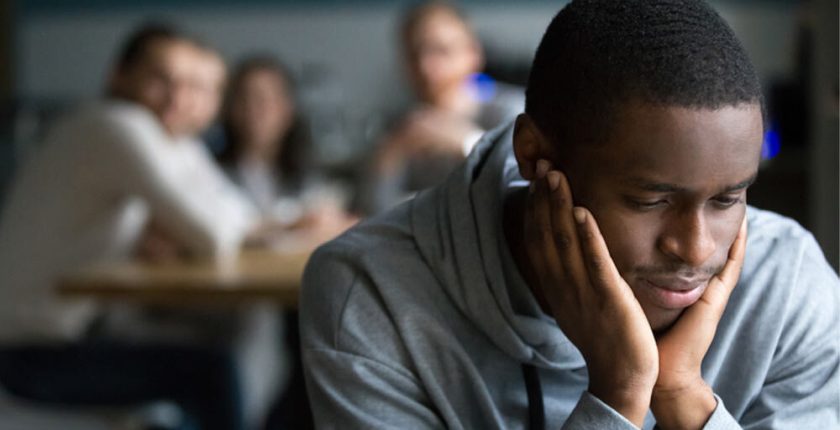 Racial Microaggressions are right in front of us, but most of us don’t recognize it. When an Asian-American student is commended for speaking in English fluently because his skin color made it seem otherwise or when a white woman is seen clutching her bag tightly when she sees a black man next to her are just a couple of instances that takes place every day. Perpetrators of racial microaggressions are usually unaware that they are indulging in such behaviors because it all seems normal to them.

Coined by psychiatrist Chester M. Pierce in 1970, a Harvard psychiatrist, the term Racial Microaggression refers to brief instances that occur every day where a person of color is exposed to verbal, behavioral or any other form of indignities, such as racial slurs, derogatory remarks, and more, which is generally non-intentional, but that’s not necessarily always the case. These Microaggressions appears in three forms:

Microassault is when someone intentionally and deliberately embraces bigoted and discriminatory actions, such as not letting their son or daughter date a person of color, displaying white supremacist symbols, etc.

When the discrimination is verbal, non-verbal, or appears in any form of communication that includes insensitive remarks or unnecessary rudeness towards a person’s racial identity. An example of a microinsult is when someone implies that a person of color has landed a job due to the quota system and not because of their talent or hard work.

Forms of communication, whether intentional or unintentional negate the thoughts, feelings, and even the reality of a person of color can be classified as microinvalidations. For instance, when an Indian American is asked where he or she is born, conveying that despite being the citizen of the country, they are still perpetual foreigners.

Are Microaggression The Same As Passing Rude Comments

No, it is more than passing rude or insensitive comments because racial microaggressions are more specific and targets the heritage and the identity of an individual, making it more painful. However, from providing racial microaggression training in schools to the meme culture partaking to fight racism, today, awareness is widespread.

Microaggressions are generally so subtle that the target never fully realizes what’s happening, making it more harmful than hate crimes because these acts are invisible. In fact, people of color so often experience racial microaggressions that they have accepted it to be a part of their reality as it takes place everywhere, from schools to workplaces. And, according to research, it is seen that even though some instances of microaggression can seem innocent and harmless, the impact that they can have is deeper, which can actually hamper one’s mental health, causing depression, anxiety, lowering work productivity, etc.

But it doesn’t stop there. Even young teens and kids face this in schools, making them feel inferior to their white peers. To stop this, it is important to conduct racial microaggression training in schools and universities because that is supposed to be their safe haven.

Are Racial Microaggressions The Same As Racism?

Although it is based on the same ideology, they are in fact quite different. Racism is prejudice, discrimination, and antagonism that is directed towards people of color or a particular ethnic group usually conducted in an overt fashion. However, microaggression is conducted by ordinary folks, generally with no negative intention or hostility. Almost every time, people who indulge in racial microaggression are people who think of themselves as good and decent ones.

Why Is It Important To Know About Racial Microaggressions?

Due to racial microaggressions, people of color are not only made to feel like second-class citizens, but they feel left out and abnormal because of how much it impacts them. This not only makes it difficult for them to experience normalcy, but they are stereotyped and asked to paint a positive picture of their group, which is too much pressure for any individual. When this becomes a continuous reality, it drains one’s energy, making them frustrated and angry because the discrimination is evident for no fault of theirs.

Also, it is only when you know about racial microaggression that you can fight the battle. Understanding it is the first step we can take towards eradicating it completely. And, as we have discussed in a few examples previously, microaggression isn’t always intentional. So, when someone is belittling an individual without even comprehending that they are doing so, asking them to change doesn’t make sense because they think they are not aware they are doing anything wrong. Therefore, spreading awareness when it comes to microaggressions is extremely important because it’s only when we understand that we can make a change.

What are Racial Microaggressions?
Blog ,

The Need for Professional Development Programs for Educators
Blog ,

How to Respond to Racial Microaggressions When They Occur
News ,